V-energy is the leader in Italian photovoltaic manufacturing. Founded in 2008, V-energy’s objective was to introduce a new industry of the budding reusable energy sector into the existing patchwork quilt of Biellese industries. It is in the Biellese plant that the corporation manufactures reliable and highly efficient photovoltaic modules made from silica polycrystalline, guaranteed under warranty for ten years against manufacturer defects, and typically utilized in either grid-connected mechanical systems or in systems with autonomous power sources. 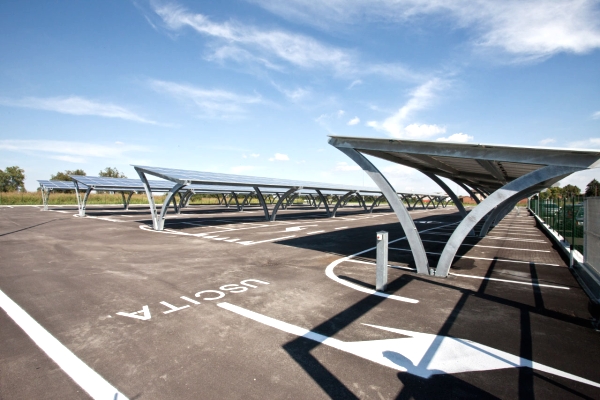 V-energy is certified corporation that operates according to the highest international qualitative standards; it has been deemed worthy of the following corporate certifications: TUV ISO9001:2008, ISO14001:2004, BS OHSAS 18001:2007.
The firm holds all of the certifications necessary to operate in accordance with the norms IEC 61215 : 2005, EN 61730 1-2 :2007, as well as the norms of the regulated productive cycle, which are necessary for the company’s receipt of tax incentives.
V-energy adheres to the regulations of regarding the collection and recycling of expiring and expired photovoltaic modules in Italy.

V-energy holds a certificate of productive capacity issued by Factory Inspection equal to 23MWp annually, which is utilized in the diversified production of the following types of photovoltaic modules: the Series 100 and 200 of the standard versions of theVE160PV and VE260PV, composed of either colored VE160PVFR  and VE160PVMP cells, or VE136PVTT and VE154PVTT cells, which are spaced for a transparent effect; and the rooftop, which contains integrated VE160PVTSE and VE136PVTSE cells and an AC module with an integrated microinverter.